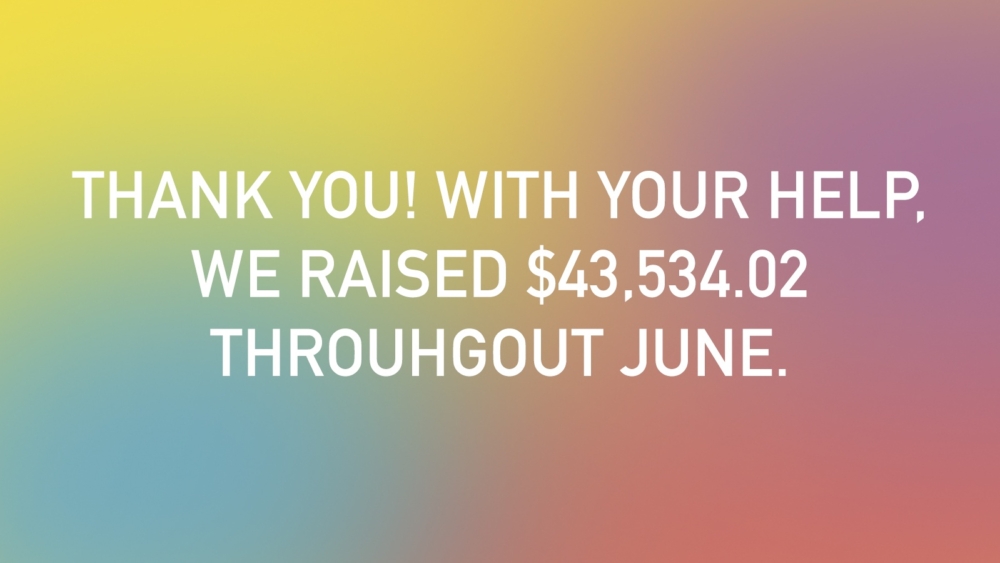 At the beginning of June, we launched our end of financial year GiveNow fundraising campaign with the target of raising $30,000 by the end of the month.

The response we received throughout this campaign was overwhelming, with many businesses and individuals tagging us across social media about their fundraising efforts for our cause. Donations flooded in from all corners and through a number of channels – not just our dedicated EOFY fundraiser through GiveNow, but also our general donations appeal page on GiveNow, as well as some direct donations.

Thank you to everyone who donated to this campaign and to those whose donations are still rolling in off the back of fundraising activities throughout July, as well. We have achieved almost 150% of our original goal.

The money you have donated will go towards funding projects that support the most vulnerable LGBTQIA+ communities in Australia – in particular, LGBTQIA+ migrants, asylum seekers and refugees living in Australia.

We look forward to sharing the results of this fundraising over the coming months.

Finally, a big shout out to the members of Many Coloured Sky’s Queer Refugee and Asylum Seeker Peers group who appeared in our video campaign, and also a huge thank you to Tatanja and Oliver from On Jackson Street for their fantastic videography work.